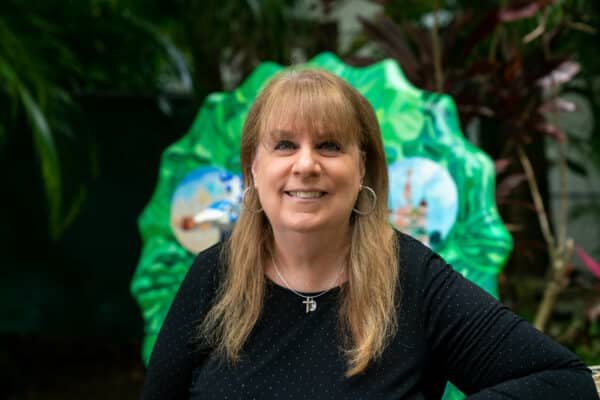 “I will never forget the overwhelming feeling of being in the tropics,” says Debbie Dolson, who came to Coconut Grove when she was a college freshman in Colorado. “I stepped off the plane and felt a scent in the air,” she recalls. “When I got to the Grove I was enveloped by the canopy of greenery. Everywhere — flowers, bushes and trees.” Over fifty years later, the Midwest native and world traveler calls Coconut Grove a lifelong home. “It’s my family’s anchor,” she says. “Our house has a plaque that reads Anchor Point.”

Anchor Point was originally a rectory of St. Stephen’s Episcopal Church, where her father, Reverend Allen Hingston, first moored in the 1970s. Dolson married and baptized her two children at St. Stephen’s, though her husband’s work as a geologist took the family overseas as far as Cairo, Moscow and London. Dolson worked as a teacher. “We’d come home every summer,” she says. “It was always coming home.” 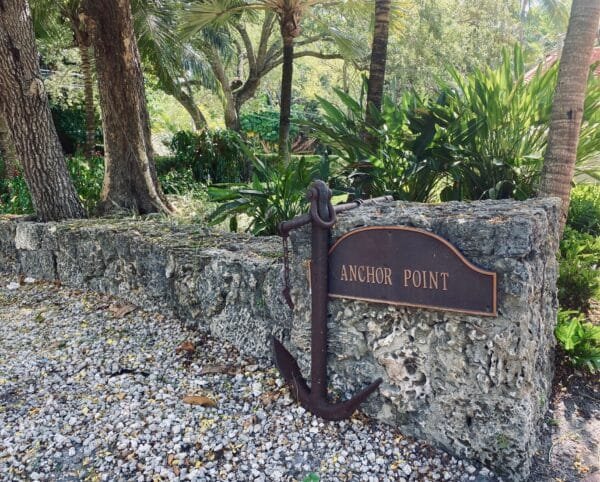 A life of service

Upon retiring, Dolson and her husband settled in the original house. Inspired by her father, she got involved in service. “He was a street priest,” she says. “Out with people all the time. He really wanted this to be a special place.”

Today, Dolson keeps that legacy of service alive by advocating for historical and architectural preservation all over the city, including West Village, where Bahamians first settled in the late 1800s.

Grove Watch, a local group that empowers residents to actively engage in development, began as an ad-hoc community meeting in 2016. “We’re not against development,” says Dolson. “But we are for nurturing the neighborhood, honoring history and heritage, preserving the character and canopy. All of that which blew me away in 1969. It’s what people love. It’s why people come to the Grove.”

A legacy of service

Like her father, Dolson is also passionate about helping people and devotes time to the Coconut Grove Crisis Food Pantry, housed in Christ Episcopal Church since 1984. During the Covid-19 pandemic, the outpouring of support to feed neighbors was “unbelievable” and especially meaningful as the West Grove church celebrated its 120th anniversary. Some of the volunteers have been with the program for over a quarter of a century — a devotion to the community that fuels Dolson’s passion to serve.

“To be in such a historic place serving people all over the Grove with people from the Grove,” Dolson admits, has been extremely rewarding in a time of even greater need for hungry households.

And her father would be proud. “My dad started something with his outreach and if he were here he would be happy,” Dolson says. “The people I’ve met in this community are unbelievably giving as neighbors helping neighbors. It really is all about the people.” 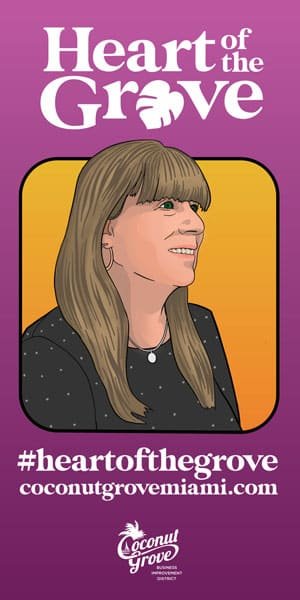 What makes the heart of Grove beat?
It’s the unbelievable desire of the people who live here to continue the beauty and heritage that was started so many years ago. Everybody does it in a different way and it comes together beautifully.

What do you love about the Grove?
The history and the culture and the community and the canopy. It’s all of those things.

What is your superpower?
I offer support where it’s needed.