Katrina Morris loves the ‘soul of a city’ 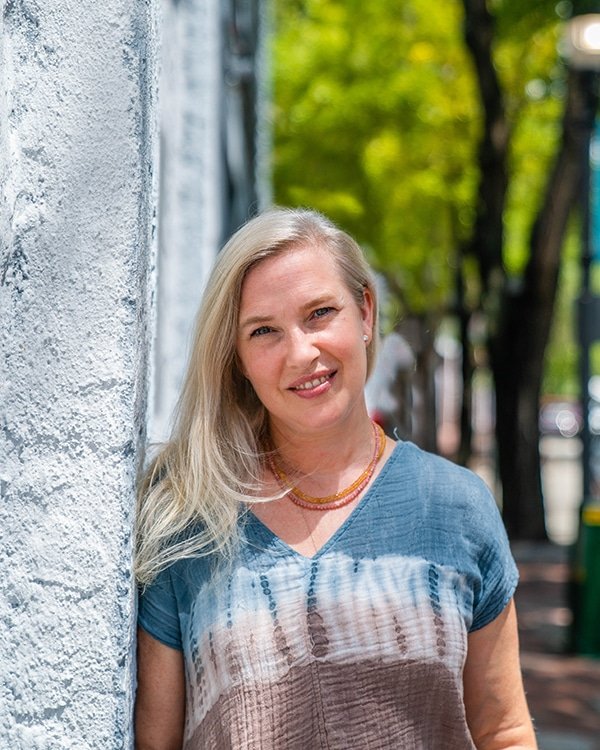 “Some people come to visit and never leave,” says Katrina Morris. “That was me 27 years ago.”

California-born Morris says she “followed a boy” to Miami Beach in her twenties. That young love was short-lived, but she couldn’t bear to return to the chill. “People think California is warm but it’s not — especially not San Francisco,” she says. “Remember that Jack London quote? ‘The coldest winter I spent was a summer in San Francisco.’”

Her east coast journey was not in vain. Morris fell in love again — first with the Grove, then her husband.

“I had visited the Grove with some friends when I was still living on the beach,” she recalls. “I thought it was the coolest place. ‘Wow!’ I thought. ‘Look at all these trees.’ It was so beautiful. It reminded me of the bay area and the Berkeley vibe. Later, when I met my husband I thought: ‘Oh, this is the place! This is the place!’”

That husband would be none other than Lonny Morris, the great-grandson of Joseph Platt, who founded Rex Art, Miami’s first major art supply store, in 1950. Members of the Morris family have been Grove residents for decades, though the bricks-and-mortar business operated in neighboring Coral Gables. 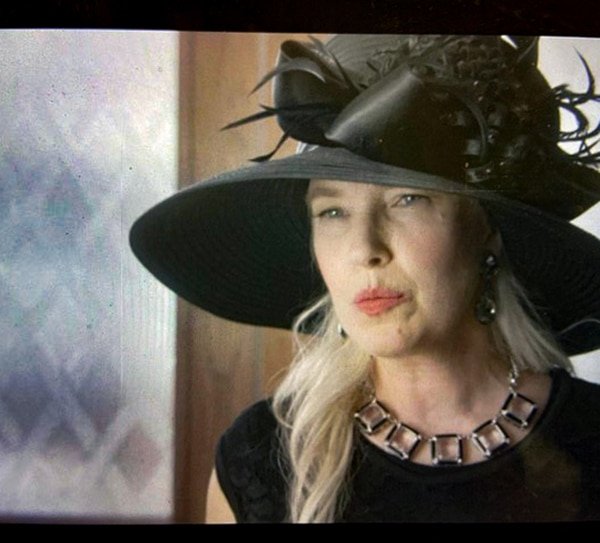 Screenshot from One Percent, actor Katrina Morris, October 2021. (Courtesy of Amalia May Valle)

That first visit to the Grove — to catch some comedy at The Improv — foreshadowed her later involvement in Miami’s comedy scene. Morris had studied acting in high school and college, and did some acting in Miami. The market was challenging, so she diversified. In the 1990s, she earned a computer science degree and helped her husband, who by then was president of Rex Art, build out a vision of modernizing the business. Rex Art pioneered online art supply sales.

Just The Funny, a Miami improv and sketch comedy troupe, was located across the street from Rex Art’s new online headquarters. Morris auditioned and became part of the cast. “Acting always comes back knocking on my door,” she says. “I always want to pretend I’m not an actor because it’s hard. It always seems like a pipedream. I keep trying to not do it, but I can’t not do it.”

The stint with Just the Funny evolved into theater entrepreneurship. In 2015, Morris opened a small black box theater in South Miami’s warehouse district with the help of her husband and his father, Aaron — a longtime supporter of the arts in Miami. Improv South Miami featured stand-up, open mic and comedy nights for about two years. The troupe called Cage Free Humans performed Harolds, long-form improv with audience suggestions.

“Human behavior is endlessly fascinating to me,” says Morris. “In improv, because there’s nothing scripted, you have to rely on your instincts. It can be this amazing truth telling. When you make a connection on stage, and you’re all in the same mindset — it’s a beautiful thing.”

Morris is currently re-focusing her talents on film acting and producing. Her latest project, a crowd-funded dark comedy titled One Percent about a Miami billionaire, was shot partly in Coconut Grove. The short film is expected to play in upcoming festivals. Morris plays the trophy wife who has just gone through menopause.

On her blog, the outspoken Morris doesn’t mince her words when it comes to creativity in middle-age. Though she never had children, she takes a cue from the Grove’s beloved peafowl, or more specifically, peahens. She likens the time she spends observing their behavior to a meditative practice. “Peahens will hold food for their chicks,” she says. “They live for their flock, and they make everything work.”

So too with women, notes Morris. “Going through menopause we go ‘wait a minute — I had some things I wanted to do.’ It’s a second act. It’s exciting to shift gears and start something new. Society is missing out on the energy that we now have to give. It’s beneficial because it’s not ego-based. It’s truly soul-based.”

That second act for Morris means enjoying the life she built with her husband in Coconut Grove. The couple first rented an apartment behind Flanigan’s and later bought a house in south Grove. “We rarely leave the Grove,” she says. “We walk everywhere.”

“To me the Grove equals art,” she continues. “It really does feel like a small town in the middle of a city. I like shops owned by individuals. To me those shops are ‘art’ — art is sharing what you find delightful in the world.”

And like many Grovites, Morris loves the trees and the culture that unfolds around their canopies. “Important lives were lived here. That’s part of the soul of a city,” she observes. “Think of all the moments lived under the trees. That’s what makes a place. That’s what makes a home. And Coconut Grove is my home.”

What is your passion?
Acting. And learning about human nature and relationships.

What do you love most about the Grove?
The people and the natural environment.

What makes the heart of the Grove beat?
Community.

What is your superpower?
Enthusiasm and appreciation. I like to find the thing that is most unique and special about people and places. It makes for enjoyment!