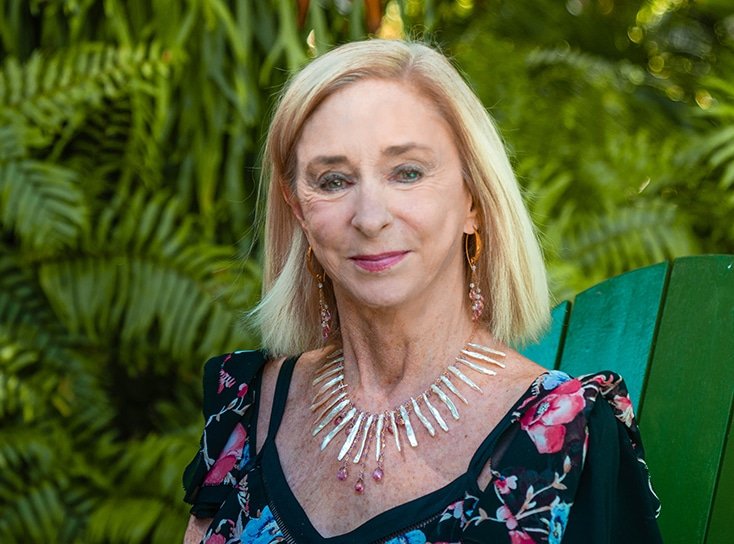 Nelson’s love for Grove trees started with a sapling.

Joyce Nelson, a Grovite since ‘74, says she has reinvented herself seven times, but she’s also enjoyed at least two constants in her life — a decades-long devotion to preserving Coconut Grove’s historical landmarks and heritage trees. One of those trees, a royal palm sapling her father gave her when she was in her 20s, stands tall today on Day Avenue and Virginia Street thanks to her persistence.

“In the late 80s, a neighbor was going to cut down all the trees next to me,” she says. “I reached out for help and met wonderful people who loved trees as much as I did.”

The grassroots effort to save the sapling led to the formation of the Tree Man Trust. “We saw the humongous need to save the trees,” she recalls. “We did lawsuits. I was known as ‘damn tree hugger.’ We rewrote the tree ordinance for the City of Miami so that trees could be protected by law in the early 90s.”

Philadelphia-born, Nelson moved to South Florida at the age of seven when her father worked for Eastern Airlines. Although she never had kids, she would eventually become known as “Mama Grove” for her fiercely protective love of Grove heritage.

After hurricane Andrew in ‘92, Nelson spearheaded the movement to preserve the World War II Coast Guard hangars on the waterfront at Dinner Key. To deter hi-rise condo development, she famously remarked “over my dead body” while filibustering at a commission meeting. The community battle for historic preservation eventually paid off. One of the hangars joined the National Register of Historic Places, while others have been adapted for business use — including Fresh Market. 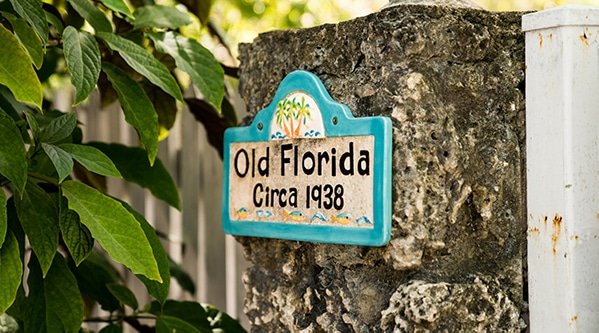 Nelson reinvented herself in a man’s world

Nelson’s dogged determination in civic engagement may well have compensated for challenges in her career. In the ‘80s, she followed her passion for fashion and textiles when Miami was the third largest fashion district in the U.S. “It left overnight,” she says. “It all went to Haiti and the Dominican Republic. I had to find a new career. It was weird. Very weird.”

While she could have gone to New York City for fashion, she preferred to stay in Coconut Grove. Various jobs in marketing and sales were “like being in Mad Men,” she recalls. “The #MeToo movement didn’t exist yet. Businesses were forced to hire women and I had to work in offices with all men. It was like war.”

Nelson retired from work life in 2005, but had already begun rekindling her love of fashion when she turned to jewelry as a creative outlet. She became a certified gemologist and helped form the South Florida Jewelry Guild. “I fell in love with gemstones and pearls,” she says. Today, Cosmopolitan Jewels sells pieces inspired by the sea that include recycled coral. The pandemic has slowed down participation in shows.

A great man behind the woman

Still, Nelson has one more constant in her life — her husband, Ron Nelson. Thirty five years ago, Nelson had a cold and almost gave up participating in the Columbus Day Regatta on Biscayne Bay. She had already chartered a boat with ten girlfriends — an annual tradition. “I told the girls ‘go without me,’” she says. “They refused to let me stay home.”

“On Saturday when we anchored, this boat came up next to us and one guy asked for permission to come aboard,” she remembers. “I went down to the galley to make sure everything was cleaned up and he followed me down to help. We’ve been together ever since.”

What do you love most about the Grove?
The foliage and trees. When you drive through neighborhoods with no trees you see the difference. Trees are good for the environment. That’s what makes it perfect.

What makes the heart of the Grove beat?
The people! We have some fabulous people who live here and care — one-hundred percent care. In my neighborhood, we’re all friends and socialize with each other. Friends of all different age groups.

What is your superpower?
My husband. He’s a wonderful guy. We both came from totally dysfunctional families, so we’re the opposite of them. He takes care of me, the house and our pets. I’m so happy I have him. He’s been active in the Grove as well.