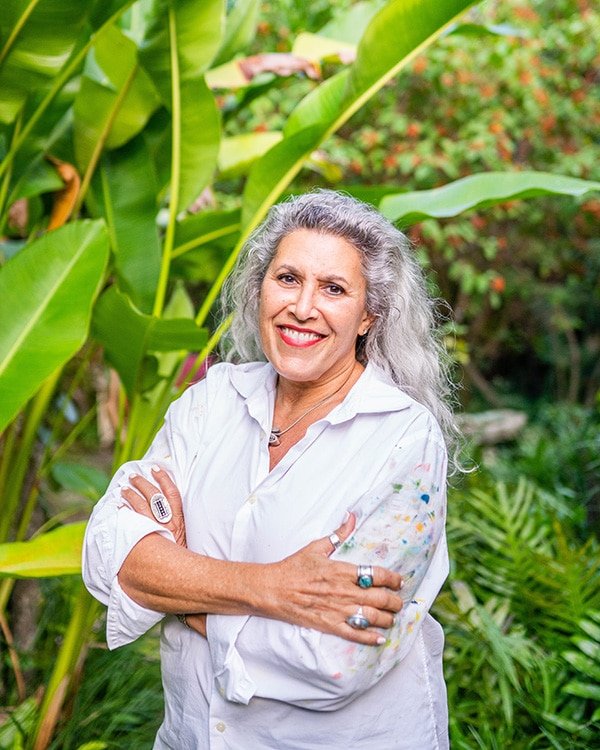 Lisa Remeny captures her love for the tropics on canvas.

“I’m obsessed with skies,” says Lisa Remeny. “I’ve made a career at being good at painting clouds.” Born in Miami Beach, Remeny has lived in Coconut Grove nearly thirty years, delighting art lovers with her brightly-hued paintings of skies, clouds and tropical landscapes. “I want to bring the viewer a little light and happiness,” she says. “There’s plenty of darkness in the world, but I don’t feel like painting it — unless it’s moonlight.” 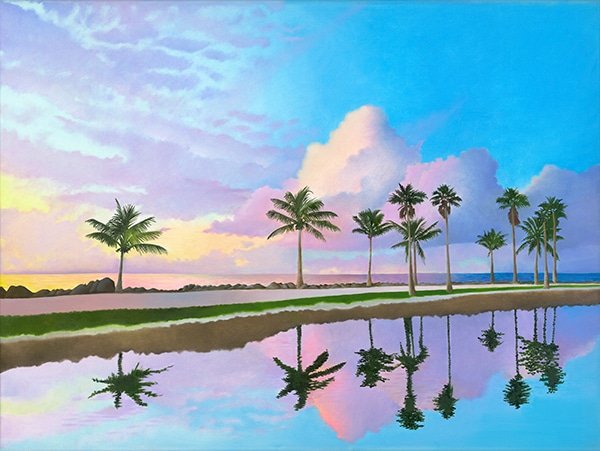 Remeny got her start in the Grove

Remeny, whose family hails from Eastern Europe, knew early on she wanted to be an artist. She learned watercolors from her grandmother and oils from her mother. She also spent a lot of time with her father, who passed away when she was 12. “He was a capable builder, creator, an electronics wizard,” she says. “He influenced me tremendously. I wouldn’t be who I am without him.”

Her first job, at age 16, was painting on leather for The Old Belt Company, a section of a clothing store on Main Highway called The Joint. The year was 1973 — still the heyday of the Grove’s Bohemian era.

Remeny later went to art school in California, where she also explored photography and film. After graduation, Remeny’s mentor, the Grove leather maker, encouraged her to travel in the Caribbean and to work as an artist. “He said ‘you don’t have to ever work for anybody, you can do this for a living,’” she recalls.

One day, while sailing in the Bahamas, she accidentally dropped her camera in the sea. “It was then I started taking painting more seriously,” she says. “I sold my first watercolor of a sailboat for $35.”

Remeny would spend ten years in Jamaica where her career — and her love of the tropics — blossomed. She connected with a gallery that printed her note cards and formed lasting friendships.

The Jamaica years were also transformative. Remeny had been raised as a reform Jew with an atheist dad. “I began to believe in a God — the great spirit — while living in Jamaica,” she recalls. “One of my sketchbooks is full of impressions of my first months living there. I never felt there was something bigger until I went there.” 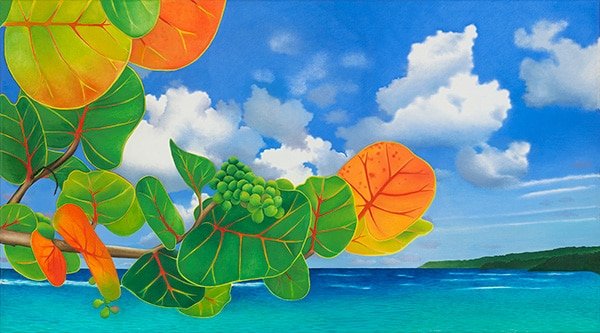 Even while in Jamaica, Remeny’s home base in Florida was always subtropical Coconut Grove. She returned to the states more permanently in the early 90s, eventually landing — after a divorce — in the two-story, 1926 house she still calls home 27 years later. The entire first floor is the artist’s studio where she creates hyperrealist watercolors and oil paintings in brilliant colors inspired by tropical surroundings.

Over the last three decades, Remeny has embodied the Grove artist lifestyle — even down to the tropical recipes she cooks up at home — a culinary reminiscence of her beloved Jamaica, where she still travels.

The name Remeny has also become part of the Grove’s cultural heritage and placemaking. Earlier this year, the Frost Museum included Remeny’s work in a retrospective about the Grove’s art culture. Her art has appeared on the posters of the Banyan and Coconut Grove Art Festivals numerous years and on walls — a mural of seagrapes and the sea features prominently at the Grove Bank and Trust. Some commissions have been unusual. In 2014, Remeny painted bromeliads on an electrical generator to match the lush surroundings in a private Grove home.

In 2010, Remeny also served as President of The Woman’s Club of Coconut Grove for a two-year term and currently serves on the board of The Kampong. Remeny has also volunteered time to mentor students at local schools and organizations. Although she never had children, she has eight second cousins whom she has influenced. “We’re very close — they all refer to me as ‘auntie,’” she says. “I influenced one musician ‘nephew’ by feeding him jazz and one artist ‘niece’ by turning her on to visual arts. They both spent a lot of time in my studio growing up.” 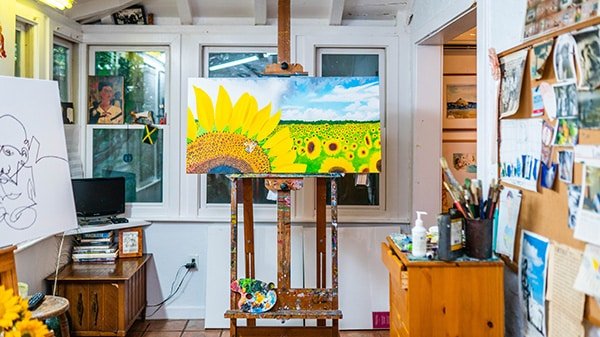 Like many Grovites, Remeny enjoys walking throughout the Grove, where tropical scenery daily inspires her art. She snaps photos of sunrises at the bay or plants in morning light. She also keeps a sketchbook and the mini watercolor kit in her car.

“The Grove is my favorite part of Miami,” she says. “It’s the original settlement in Miami, settled by people who love plants. It’s the closest thing to Jamaica in Miami-Dade with more foliage and greenery than anywhere else. If I had to leave the Grove, I would not relocate to Miami. I’d leave Miami.”

What is your passion?
Food, music and love! Living. Nature. And the skies of South Florida. And the tropics — all of these are my passion. I’m also passionate about good food and eating. And kindness.

What do you love most about the Grove?
The trees, the canopy. The community as well. I’ve got friends who are like family to me. There’s a small town flavor here. There are still a bunch of us who’ve been here a long time who remember The Joint and the love-ins at Peacock Park.

What makes the heart of the Grove beat?
It’s not the artists anymore, unfortunately. I guess it’s the peacocks. The City of Miami has its claws in the Grove. It’s getting destroyed because it’s a cash cow. That’s the reality right now. More about money than it is about culture and beauty, which is what brought me here in the first place. I’m trying to keep it alive.

What is your superpower?
Somebody else has to answer that I think. I’m psychic. I don’t advertise it much. I do have premonitions about things that end up being true. I don’t know.