Ruth Ewing is the ‘fairy godmother’ of Virrick Park 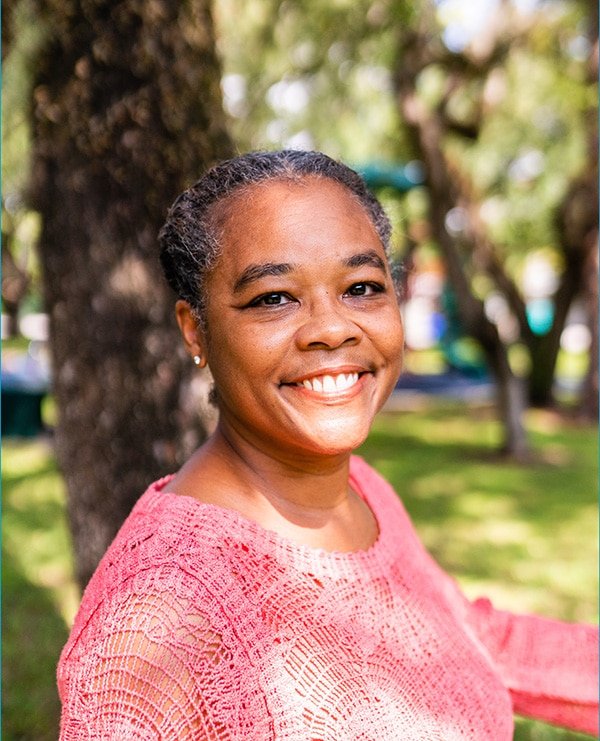 “I’m living my passion,” says Ruth Ewing. “Trying to make a better world for those around me, especially children — to fuel their passion.” One of the places for igniting that passion is Elizabeth Virrick Park, a green community space in West Grove that has supported children’s programs for over five decades.

Ewing has a unique relationship to the park named after the activist who in 1948 co-founded the Coconut Grove Citizens Committee for Slum Clearance with Reverend Theodore Gibson. In 1963, architect Kenneth Triester designed the 3.5 acre space with picnic shelters in the shape of giant mushrooms. Today, Elizabeth Virrick Park offers a pool, two basketball courts, a public library branch, a recreation center and youth programs.

Ewing’s home, which once belonged to her maternal grandmother, sits next to the park. Like many West Grovites, some of Ewing’s predecessors were 19th and 20th century Bahamian settlers who acquired property at a time when Black prosperity was rare.

“Generational wealth came in,” says Ewing. “The family wealth came through the family homes. We still have my great grandma’s house, and I inherited my grandmother’s house, where I live. I raised my family here.”

Ewing, whose Nashville-born father was in the military, was born in Germany. She also lived in Virginia, where she eventually went to college to become a veterinarian. In 1994, Ewing moved permanently to the Grove after a residency in Comparative Pathology at the University of Miami and joining the National Marine Fisheries Service.

Although her career focuses on marine creatures and environments, Ewing loves the land — specifically West Grove and Elizabeth Virrick Park. Built in the civil rights era to improve equity and quality of life in West Grove, the park has experienced ups and downs.

“When I was growing up here in the summer visiting my grandparents, I wasn’t allowed to go to the park,” she recalls. “It had fallen into disarray. There were drugs.”

Ewing said yes to the park

In 1998, local activists formed a non-profit called the Virrick Park Committee to reinvigorate the park. About a decade later, one of its founding members, Gordon Fales, looked to refresh the effort by recruiting new members. He asked park manager Vicky Rivers about parents who were active in after-care programs who might also be interested in the park’s welfare. Ewing said yes to the call. She had already been a member of the Village West Homeowners and Tenants Association to augment her awareness of community activities.

Over the years, Ewing and others have worked tirelessly to bring quality youth programs to the park, which have included collaborations with Black Top Hoops Basketball, Armour Dance Theater (formerly known as Thomas Armour Youth Ballet), University of Miami Donna Shalala MusicReach, Thelma Gibson Health Initiative and Gymagination, to name a few.

Ewing’s own two daughters — one now in college and the other in middle school — grew up with the park’s after-school programs. Her passion for service, however, extends to all children, and runs in the family. Ewing’s mother and grandmothers were teachers, and her grandfathers were priests. Her maternal grandfather, Rev. J.B. Blacknell, was a pastor at Greater Bethel African Methodist Episcopal Church in Overtown.

“I’ve been doing this work in the community to try and build opportunities for the kids to experience extracurricular activities to enrich their lives, grow passion and dedication,” she says. “With kids, time passes so quickly and before you know it, the window of opportunity to make a difference in the child’s life is gone.” 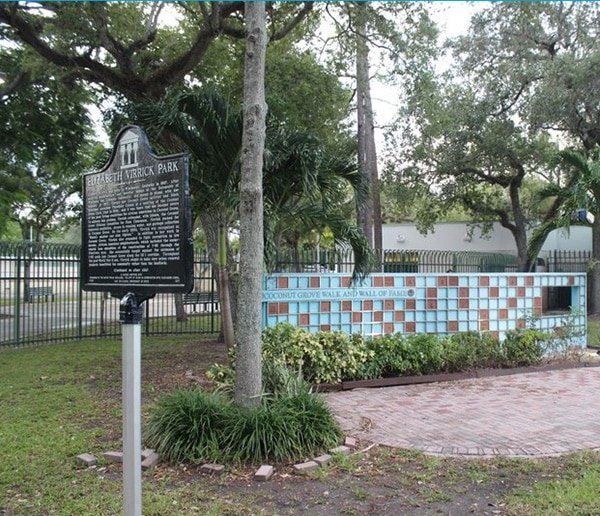 The park still faces challenges. Gentrification and rising housing costs displace families who can’t afford to bus their children to the park, and dwindling numbers means less funding for programs. During the pandemic, in-person after-school programming ceased and any remaining programs moved operations to other sites.

The pandemic has also hindered plans for a refurbished pool, which remains shuttered and derelict. “Members of the committee and I conducted meetings about a new pool,” she says. “We also worked with Commissioner Russell’s office to move the needle. Unfortunately, budget shortfalls, permitting issues with the county and COVID-19 have presented insurmountable challenges we have yet to overcome.”

Despite these challenges, Ewing remains undeterred. The park is like family. “I’m more the fairy godmother of the park,” she claims. “The mom is Vicki. I try to facilitate things to happen for the park. Vicki is the park manager, she oversees operations and runs the programs.”

In many ways, Elizabeth Virrick Park is a microcosm of the village. “I will have failed if the children have not been able to take flight. We need to make sure the nest is sound,” she says. “Make sure they have what they need. It extends out beyond your own child to other children. They socially need each other. They gain success together.”

What is your passion?
I love helping people and the planet.

What do you love most about the Grove?
The smallness of it. It is a small town. People say they were born here, raised here. But it’s more than that. I knew your grandparents. I watched you grow up. We tried to make the neighborhood a great place for you to grow up in. Being able to have a voice and speak to the needs of the community to power.

What makes the heart of the Grove beat?
Exactly. Just like the heart is a muscle. It has an activity. It’s the need with the rise of the sun to make the world better that day. It’s that village. Make sure the village is working together to raise children. If they fail we will all have failed.

What is your superpower?
Seeing the whole board. Seeing the bigger picture and weaving together different programs. A cradle to college pipeline is like taking different patches, knitting them together and making a quilt. They’re not just random pieces of fabric. They have a purpose. My superpower is working with people to provide connectedness that supports community and ultimately children.